elected Vice President of the French National Academy of Medicine for 2023,

she will become the first woman

President of the National Academy of Medicine in 2024 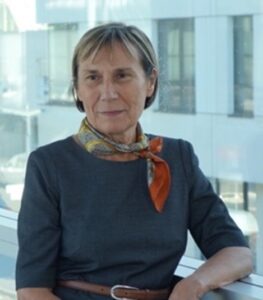 Catherine BARTHÉLÉMY was elected as a non-resident corresponding member of the French National Academy of Medicine in 2015 and as a full member in December 2017 where she assumes, in particular, the secretariat of the Ethics Committee. She is also a member of several commissions such as “Mental health, neurosciences, addictions”, “Reproduction, development, child health”  in the working group “Future of the child and neurodevelopment” as well as the commission “Training, research, innovation”  in the working group “bibliometry”.

Catherine BARTHÉLÉMY, a pediatrician, psychiatrist and physiologist, is an honorary professor at the Faculty of Medicine in Tours, where she was Vice-Dean  Research. Honorary head of department at the Tours University Hospital, she led the Inserm research unit “Autism, Imaging, Brain” for 20 years. She received the Inserm Honorary Award in 2016. She was also the co-founder of Arapi (Association of professionals and families for research on autism and prevention of maladjustments) in 1983 of which she was the president as well as the vice-president during several mandates until 2019.

Officer   of the Legion of Honor, Commander in the National Order of Merit, she currently chairs the Scientific Interest Group (GIS) “Autism and Neurodevelopmental Disorders”.

Just after the announcement of the results of her election, the future president has already presented several lines of her project for the National Academy of Medicine in 2024:

-Strengthen the complementarity of the Academy’s work

– Support the dynamics of communication

-Participate in national and international actions on topical themes

(*) The Academy adopted the text of this communiqué by 52 votes for, 13 against and 10 abstentions.